Upgrading your Caterham’s lights can provide substantial benefits such as increased visibility and safety.

What makes LED lights so much better?

Safety – LED’s are better for stop lamps than anything else, as they light up almost instantaneously. This gives the drivers behind more time to react to avoid an accident if a car makes a sudden stop.

It might seem insignificant that an LED lights up 0.2 seconds faster than an incandescent bulb, but at 75 mph this translates to 21 feet extra braking distance for the cars behind. This can literally make the difference between life and death.

Long Lasting – Essentially, the filament inside a normal bulb is on fire. If there is anything impacting how it burns — if weather conditions be too hot or too cold — the traditional bulb could fail and need to be replaced. While halogen technology has advanced to the point that this filament can last between 1,000 – 2,000 hours, LED lights far exceed this lifespan. The design of the LED means it is much more stable and is less prone to failure. The result is an extremely long lifespan, typically our LED’s will last between 10,000 – 50,000 hours!

Endurance – Since an LED light eschews the traditional glass bulb format, it is considerably more damage resistant than traditional lights and can, therefore, endure more punishment from vibration, impacts, and other environmental hazards. At Just Add Lightness we only use the highest quality LED’s to ensure our products can withstand years of abuse and keep on shining.

LED lighting is relatively new compared to previously established technologies and costs more to produce. This means that LED lights are more expensive than their halogen equivalents. However, this investment pays off over time thanks to the longevity of the LED light design.

Yes! By their very description a 360° LED bulb will send light in all directions and may rely on some sort of reflection. Some estimates show that as little as 40% of the light produced is sent in the desired direction. Our bespoke LED solutions are designed specifically for the Caterham, all LED’s face in the correct direction with no reflection required ensuring that 100% of the light produced is visible to other road users.

What is an LED Light Bulb?
Traditional light bulbs have followed a similar style of construction since their invention: a filament inside of an enclosed glass envelope containing some kind of gas. When the filament receives power, it burns and produces illumination. Compared to other light bulb designs, they are relatively inexpensive to produce. For this reason, vehicles are usually equipped with halogen light bulbs.

Rather than a filament burning in a gas-filled chamber, LED’s produce light when sufficient voltage is applied to the leads on the diode, resulting in illumination through a process called electroluminescence.

Quality Assured
As with any product there are cheap versions and high quality versions. LED’s are no different and there are many cheap LED’s available from China. We have rigorously tested dozens of products and we have found that many are sub-standard, less efficient and unreliable. With this in mind, we ensure that all Just Add Lightness products only use the highest grade, branded LED’s and components, to ensure the highest possible satisfaction for our customers.

Our LED panels are manufactured to both ISO9001 and IPC610 Class 3 standard. IPC610 Class 3 is the highest standard possible for Printed Circuit Boards and is often associated with military and aerospace panels. Class 3 PCB’s are defined as; products where continued high performance or performance-on-demand is critical, equipment downtime cannot be tolerated, end-use environment may be uncommonly harsh, and the equipment must function when required.

If you’re looking for a lighting solution for your vehicle that combines efficiency and improved illumination, LED lights from Just Add Lightness are a great choice.

If you have any questions then please contact us at support@justaddlightness.co.uk 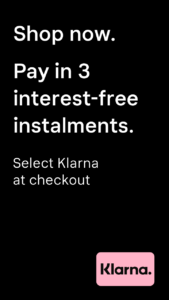 Our address details are:

Please note: Meetings/Visits are strictly by appointment only

Any cookies that may not be particularly necessary for the website to function and is used specifically to collect user personal data via analytics, ads, other embedded contents are termed as non-necessary cookies. It is mandatory to procure user consent prior to running these cookies on your website.